had the lowest engagement (like time on site) and the least conversions (like trial or demo opt-ins) — so they didn’t prioritize it. The bulk of Zach’s day was instead focused on editing posts, making changes himself, adding comments and suggestions for the author to fix, and checking for regurgitated content. Stellar, long-form content was priority number one. And two. And three.

So Zach wasn’t just looking for technically-correct content. He was optimizing for uniqueness: the exact same area where most cheap content falls short. That’s an issue because many times, a simple SERP analysis would reveal that one submission: 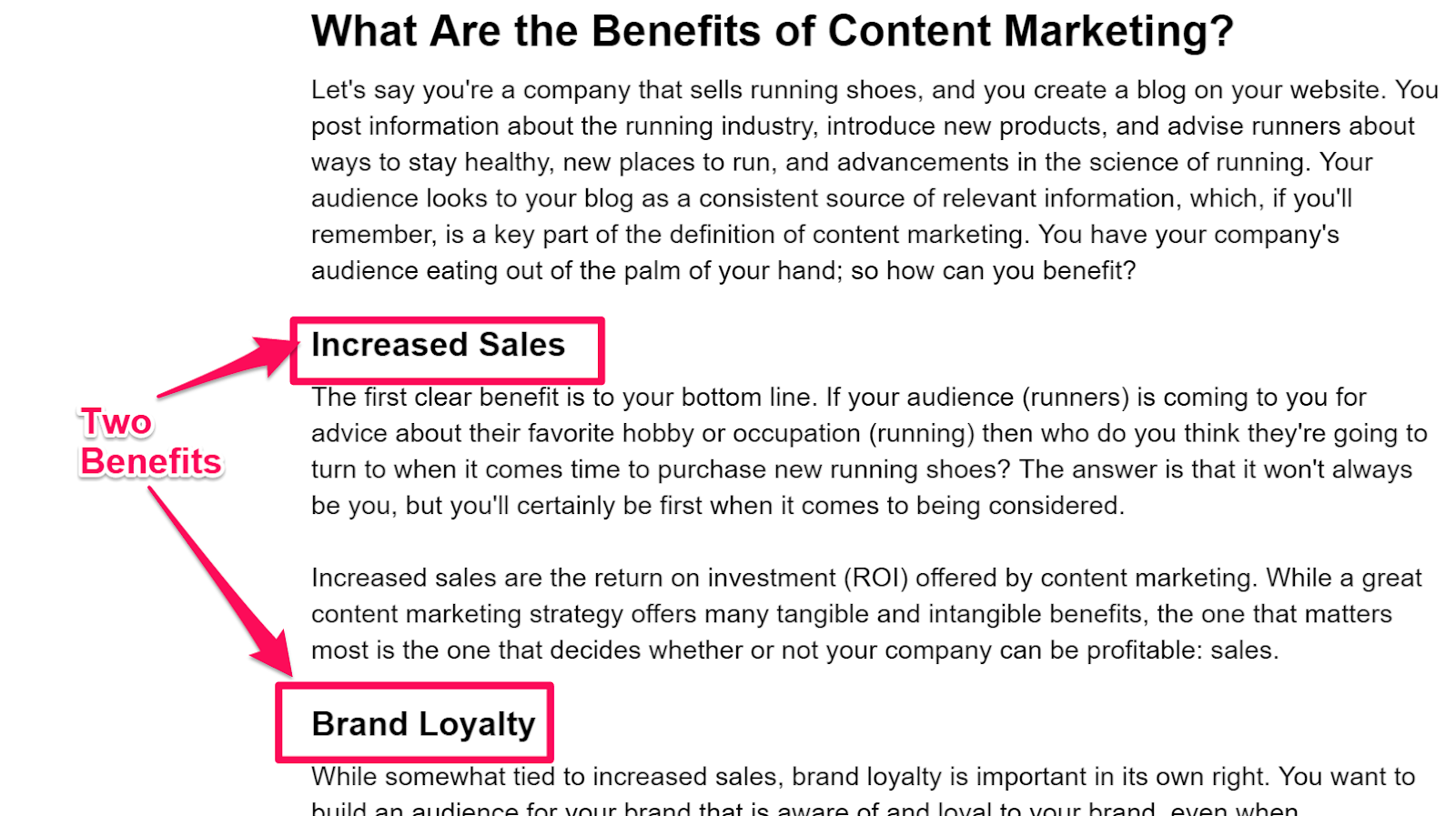 Today’s plagiarism tools can catch the obvious stuff, but these derivatives often slip through the cracks. Recurring paid writers contributed the bulk of the TOFU content, which would free Zach up to focus more on MOFU use cases and case studies to help visitors understand how to get the most out of their product set (from the in-house person who knows it best). 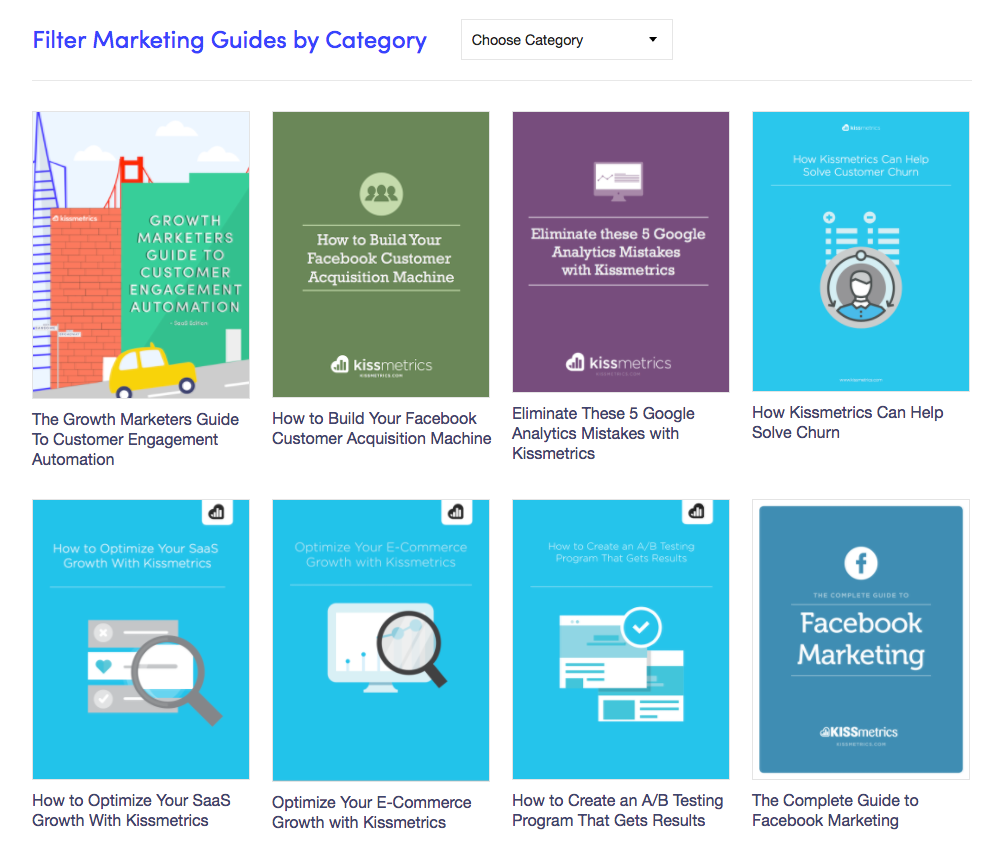 They also created free marketing tools to give prospects an interactive way to continue engaging with their brand: 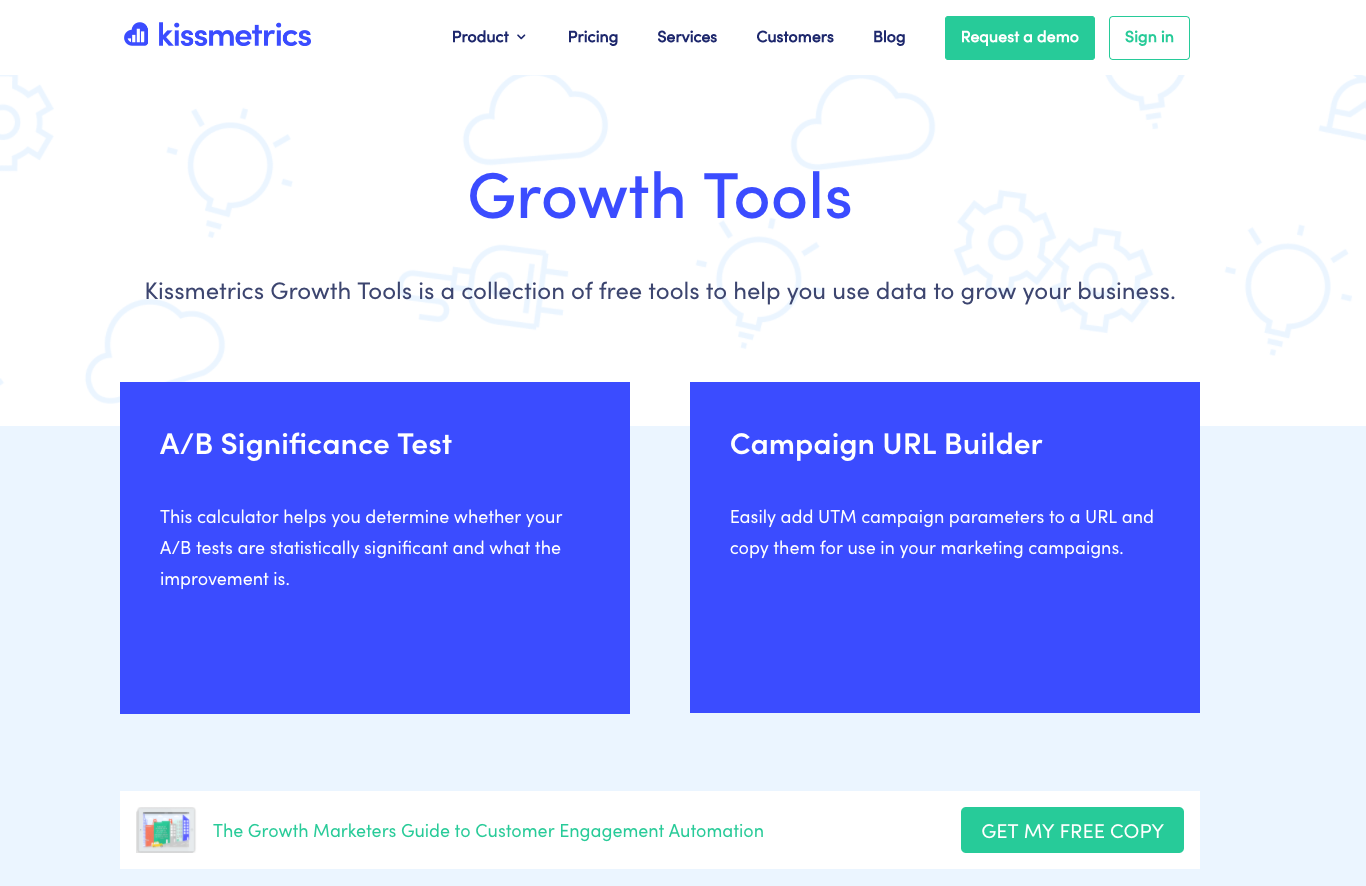 In other words, they focused on doing the things that matter most — the 20% that would generate the biggest bang for their buck. They won’t ignore social networks completely, though. They still had hundreds of thousands of followers across each network. Instead, their intern would take the frontlines. That person would watch out for anything critical, like a customer question, which will then be passed off to the Customer Success Manager that will get back to them within a few hours.

New blog posts would get the obligatory push to Twitter and LinkedIn. (Facebook is used primarily for their weekly webinar updates.) Zach used Pablo from Buffer to design and create featured images for the blog posts. 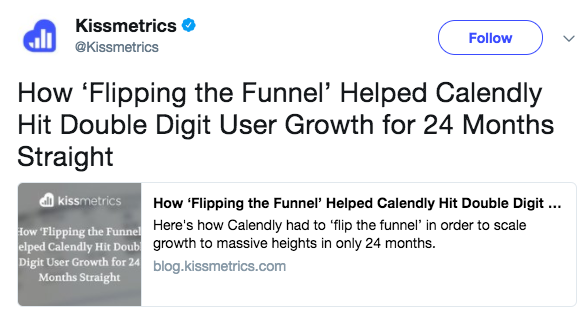 Then he’d use an Open Graph Protocol WordPress plugin to automatically add all appropriate tags for each network. That way, all he had to do was add the file and basic post meta data. The plugin would then customize how it shows up on each network afterward. Instead of using Buffer to promote new posts, though, Zach likes MeetEdgar.

Why? Doesn’t that seem like an extra step at first glance? Like Buffer, MeetEdgar allows you to select when you’d like to schedule content. You can just load up the queue with content, and the tool will manage the rest. The difference is that Buffer constantly requires new content — you need to keep topping it off, whereas MeetEdgar will automatically recycle the old stuff you’ve previously added. This saved a blog like Kissmetrics, with thousands of content pieces, TONS of time.

He would then use Sleeknote to build forms tailored to each blog category to transform blog readers into top-of-the-funnel leads: 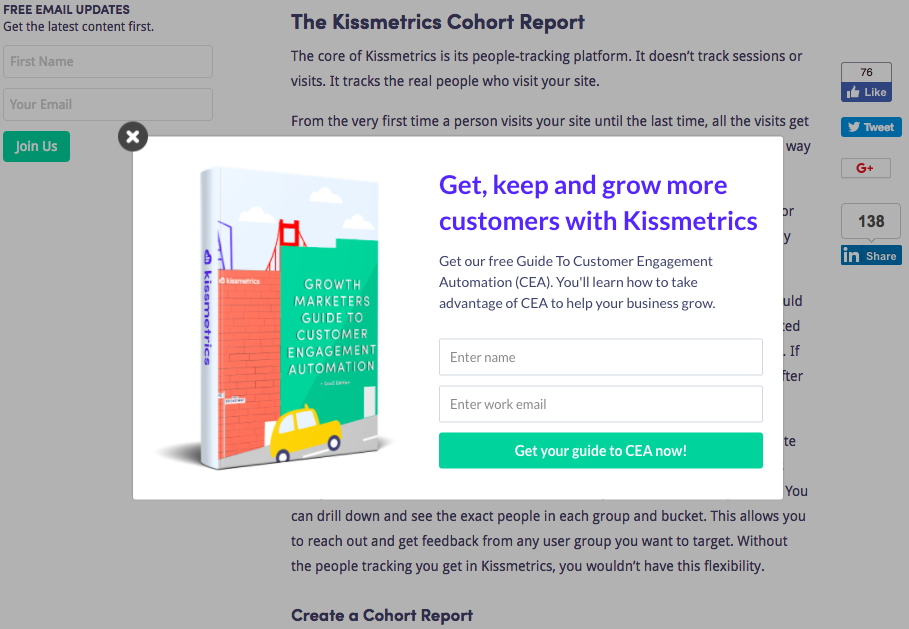 But that’s about it. Zach didn’t do a ton of custom tweets. There weren’t a lot of personal replies. It’s not that they didn’t care. They just preferred to focus on what drives the most results for their particular business. They focused on building a brand that people recognize and trust. That means others would do the social sharing for them.

Respected industry vets like Avinash Kaushik, for example, would often share their blog posts. And Avinash was the perfect fit, because he already has a loyal, data-driven audience following him.

Kindness as Currency: How Good Deeds Can Benefit Your Local Business

How Does Mobile-First Indexing Work, and How Does It Impact SEO?